I am sure like many computer owners, WinRAR is probably one of the first tools that you install in a new set up (it is for me anyway) and its longevity as the preferred compression tool has been undisputed for years, if not decades. It’s simple enough for even casual users and powerful enough for even the most complex compression scenarios except well maybe… it doesn’t make my morning coffee, but that might be asking for too much.
WinRAR 6.0 has been the first major update in a long while so those of you with the version 5 licenses have probably been able to stretch it out and squeeze every last bit of value (or blood) out of it. But let’s take a look to see if there has been any significant change from the 5.x generations of the program. On the surface, you can see that WinRAR 6.0 retains pretty much the same look and feel as the version 5.90 so nothing too shocking here about the user interface so most users of the program should be able to find what they need in the same places. In fact, you can see from the screenshots of both versions that at first glance they look identical (gasps of surprise). Of course, with WinRAR’s ability to change themes, look and feel would probably be a moot point.

That being said, one of the reasons I have stuck with WinRAR over the years was its feature set, speed and ability not to freeze your computer while decompressing and compressing files especially large ones or huge directories rendering your PC as good as one giant brick during those cycles. Especially true if you don’t have the latest and greatest PC on the market. However, let’s take a look under the hood to see if anything has changed. If you are one of those guys that actually does read changelogs, here’s it is in full (https://www.win-rar.com/whatsnew.html?&L=0). But I have zoomed on two particular areas which I think would probably be of interest to most people.

Here are the specs of my rig so you guys can get a feel of what I am running my tests off. You can see it’s a typical office laptop running an x64 Windows 10 Pro. Not a low-end system by any sense, but I don’t think I would go pushing the framerates on an FPS with it either. In the speed tests I will be running tests for compression in the rar format

Speed
One of the more interesting items in the changelog for WinRAR 6.0 is that there is now a larger dictionary size and the implication seems to imply that there would be a performance hit (item no. 6 on the changelog). I wanted to translate this into a real-world scenario in terms of time, so what I did was to compress and decompress a directory with a size of about 2.0GB. This was a directory that consisted of mostly binary files so the compression ratio is not going to be great, so in terms of a nightmare scenario, this was going to be one for most archival tools. But hey, we are talking about stress testing, right? In my test, I have left the default install settings as is, since I wanted to simulate what most people would do. I ran two set of tests for both compression and decompression, one with a 12-character password and one without. In terms of real-world impact from the test results, you can see that indeed, the performance for version 6.0 does take a bit of a hit in the compression of the files especially when compressing with a password. But interestingly enough, it manages to beat version 5.90 on decompression with a password decryption. So this one test seems to be an interesting oddity.

Error Handling
One interesting feature is that now the “Ignore” and “Ignore All” options are added to the read error prompts. These options are pretty much self-explanatory. “Ignore” allows users to continue processing with the tasks and ignore the current error and “Ignore All” ignores all future read errors as well. This will come in useful when you are trying to back up files from older media where you expect to encounter a lot of errors and want to avoid repeated manual intervention – think backing up twenty-year-old CDROMs. If you are a command line person adding the “-y” switch will also ignore errors. For those of you that are writing scripts using the command line this will also be a huge boon. This is a significant improvement from the previous versions where you only had “Retry” and “Quit” options where you would have to isolate the files that were causing problems for you manually or else you would have to abort the entire archival process.

Conclusion
At the end of the day is WinRAR 6.0 worth it? The answer is – it depends. If you have never owned a licensed copy of WinRAR, then go for it. Or if you really need the improved error handling because you are backing up some old doggy drives and optical media that you know will have some bad sectors and just want to recover as many files as possible while ignoring the errors. This is also a good option. Another reason you need to upgrade is that you suffer from latest version OCD and need to have the latest version of everything, its also as good as any other. However, if you just need an everyday compression tool and already have version 5.90 then plonking down for version 6.0 might not really be necessary now and you probably can continue to squeeze more blood… err I mean value from your existing license. 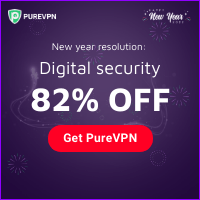